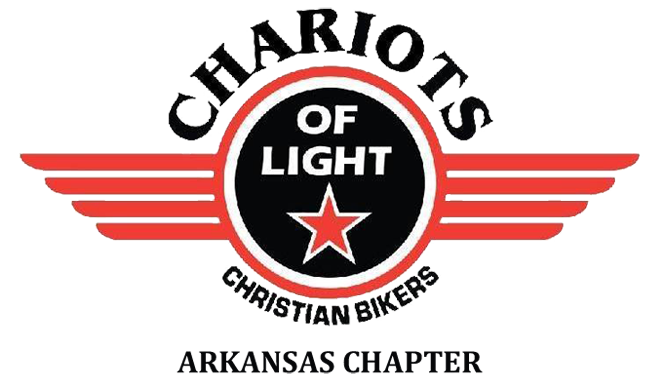 Call Us
Email Us

Call Us
Email Us 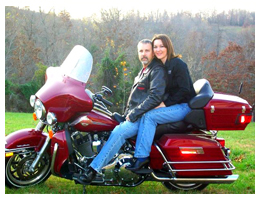 Greetings, I am the Arkansas Chapter President, Wade Barker. My wife Darlene and I have been married for over 20 years and live in Northwest Arkansas with our son Harley and daughter Ruthie. We have been licensed Ministers with Faith Christian Fellowship, Intl. since 2002. We were Ordained at the FCF Family Church Conference in June of 2009 by Founder and President, Pat Harrison and Vice President, Lonnie Hilton. I am the Pastor at Faith Family Church in Rogers, Arkansas.

The summer of 2007 Pastor Happy Caldwell of Agape Church in Little Rock, AR, asked me to be his assistant as President of Chariots of Light Christian Bikers for the South Central Chapter. In August of 2009, with Pastor Happy Caldwell’s recommendation, Dr. Jerry Savelle and Directors Bill & Ginger Horn blessed my wife & I and appointed me as the South Central Chapter President at the annual Presidents and Leaders meeting. In the following years as the ministry grew nationwide and worldwide, I became the Arkansas Chapter President.

"That you be blamelss and harmless, the sons of God, without rebuke, in the midst of a crooked and perverse nation, among whom you SHINE AS LIGHTS." 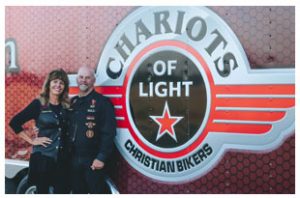 Bill & Ginger Horn are the International / National Directors of Chariots of Light Christian Bikers with Jerry Savelle Ministries. They were successful business owners as well as serving in multiple capacities in the local church for many years before the Lord called them to evangelism. These leadership positions and the responsibilities involved helped to prepare them for the calling yet to come. Many hats that were worn with a servant’s heart brought promotion from the Lord and placed them in full time ordained ministry to reach the lost. A passion they now share and encourage others to do the same. Teaching people to reach people. 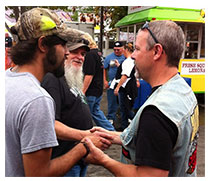 The Chariots participate in different outreach events throughout the year. View a schedule of upcoming events by clicking this link: https://www.chariotsoflight.com/events/.

We look forward to seeing you there!